In collaboration with Alejandro Bonnet at the Stockholm Academy of the Dramatic Arts, we investigated the gradual transformation of an actor on stage to an insect. We were especially interested in the aspects of transforming the human body into non-humanoids shapes and motion patterns, aided by digital 3D technology. The investigation resulted in a performance held in the old nuclear reactor at KTH in Stockholm and is part of an upcoming theater project based on texts by Franz Kafka. Art by Eric Ericson. Live music by Magnus Larsson. Lighting design by Magnus Pettersson. 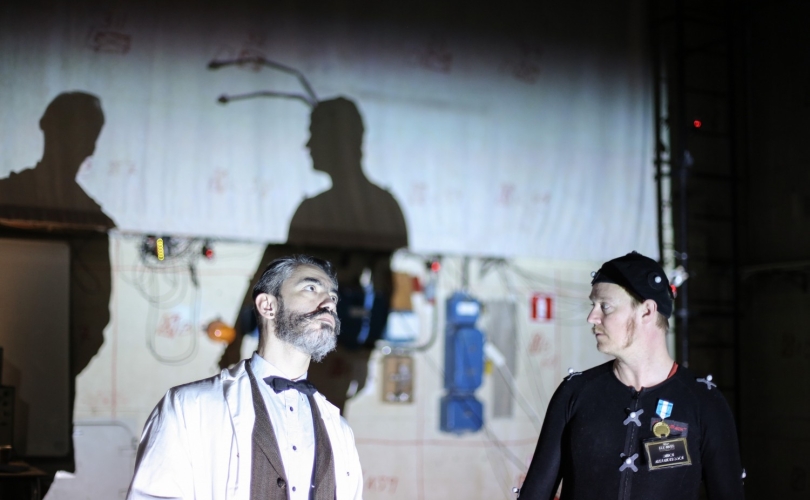